If you’re a baseball fan, Atlanta has you covered!

Baseball has a rich history in Atlanta. In the late 90s and early 2000s, the Braves were a dominant force to be reckoned with. The games were held at Turner Field up until this last season in 2016. This year, the Atlanta Braves will be at their new stadium, SunTrust Park. A couple of my Rollins friends and I, attended their exhibition game against the New York Yankees, and got a sneak peek at the new stadium before the official Opening Day! 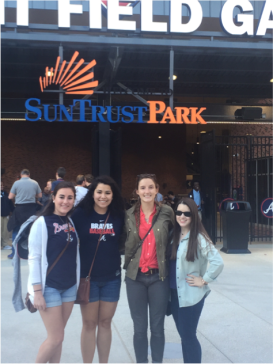 Located in the Atlanta Metropolitan area, this new baseball field is in an area with plenty of fun activities and dining nearby. This is a huge improvement from the last stadium where there was literally nothing to do around the stadium. What will make the SunTrust experience even better is that the Battery Atlanta, an entertainment district, will surround the ballpark. The streets will be lined with shops, restaurants, and bars leading up to the stadium, so even if you’re not going to the game, there will be plenty of activities to do! This area was still incomplete when we went, but most of the businesses will be opened by Opening Day. There was even a designated Uber drop-off and pick-up area for those who do not wish to drive or plan on drinking.

Depending on the opponent, tickets can go as low as $6 each, making it very affordable for those of us on a budget. Food and drinks are always expensive at sporting events, so unless you’re willing to pay those prices, I definitely recommend eating outside of the stadium. However, if you are going to try the food there, I would recommend trying the burgerizza, a burger with pepperoni pizzas as buns (yes, you read that correctly!!!). Now, public health warning, this is not the healthiest of the food options there, but it is quite delicious.

Even if you are not a baseball fan, there will plenty for you to do. Exploring this brand-new stadium and the area around it, will lead to some great adventures and may help you discover your new favorite hangout spot! 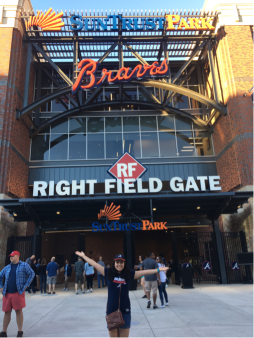