Now that application season is over, visits have been made, and deposits are in the mail, you have plenty of time to relax, have a glass of your favorite adult beverage, and get back to the Netflix shows you abandoned when you decided to apply to grad school.

But you know what’s better than Netflix?

(Don’t get me wrong. I love Netflix so much I once went through 9 seasons of Grey’s Anatomy in 2 weeks… But back to books.)

One of the things I enjoyed most after graduating from college was having the free time and energy to read books for pleasure, and I’m excited to get back to my list once I turn in all my assignments on May 3rd. I highly suggest you spend your last couple months before starting your MPH doing some pleasure reading, and here are my top (Rollins-related) picks:

of ashes, to an Olympic host. The history of the city is told through the family histories of two Atlanta mayors: Ivan Allen Jr., who grew up on Peachtree Street, the white business center, and Maynard Jackson, who grew up on Auburn Street, the center of the black community in Atlanta. Obviously, race, and the role race and racial discrimination has played in the history of Atlanta, are major themes. I loved learning about the history of my new home, and seeing the names in the book on street signs as I drive home from work and explore the city. I also learned why EVERYTHING in Atlanta is named after someone associated with Coca-Cola, and gave me some much-needed appreciation for what the company has done for this city and Emory University. It ends as Atlanta is preparing to host the 1996 Summer Olympics, but I’m crossing my fingers for the release of an updated edition.

Emory loves former president Jimmy Carter. He’s a distinguished professor at the university,  hosts a town hall every year so students can hear him speak, his presidential 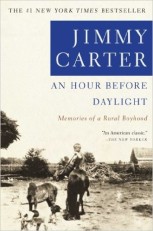 library is housed in Atlanta at the Carter Center. Here, he writes about his life growing up on a farm in rural Georgia during the Depression, and the people that shaped his childhood. I think this an especially good rural accompaniment to the urban-focused Where Peachtree Meets Sweet Auburn and the duo gives a more complete picture of Georgia in the past, and even still as a states that is considered 85% rural. Carter is a prolific author who’s written several books on topics as diverse as women’s rights, the Middle East, and a novel about the Revolutionary War, but this is an old favorite of mine.

The public health slant to this book is obvious – viral diseases like AIDS, Ebola, and Influenza are zoonotic, and can wreak absolute havoc when they enter human 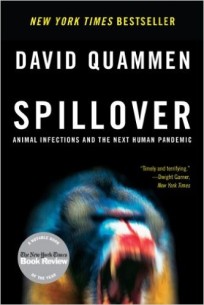 communities. Even if you aren’t big on infectious diseases (like me) it’s a gripping read that really makes you consider from what animal will our next great plague arise? Quammen strikes a great balance between including enough scientific detail to keep someone with a background in the biological sciences interested, while also being a complete page-turner.

Sex! Money! Bunnies! Unethical research! This book has everything. At a time when spreading information about contraception was illegal, Margret Sanger, Gregory Pincus, John Rock, and Katharine McCormick worked diligently to accomplish Sanger’s dream of allowing women to control their fertility. It also talks about the dark side of the quest for the pill – because it was illegal to conduct a clinical trial of contraception in the states, the team took the pill to the University of Puerto Pico and tested it the female students, who were threatened with having their grades docked if they did not participate in the trials. The struggles of developing the pill parallel closely with the current fight over of reproductive rights in this country. Of contraception, the New York Times said in its review: “…the biological problem was largely solved; all that remained was politics. That was a lot. It still is.”

Bonus: Motivational Cristina Yang for getting this far in your public health journey! You have a great journey ahead of you and I can’t want to see you in Atlanta this Fall! 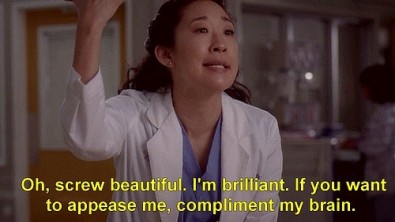 One Reply to “Pre-Rollins Summer Reading”